With their key figures, the "ERTA" can be quite impressive and does not need to fear comparisons with other prestigious racing circuits. The start is at 1.605 m above sea level on the Piz de Plaies and is served by the same named cable car. The goal, on the other hand, is 1.200 m on the "Pedagà" slope and thus has a height difference of 405 m with a length of 1.325 m.

Also impressive is the slope, with an average of 32% with a lowest inclination of 22% and a maximum inclination of 61% on the "Gran Para" slope in the middle part of the track. On the "ERTA" track, which was built in 2003 on the initiative of winter pioneer Erich Kastlunger, has hosted some editions of the FIS European Cup, both GS and SL. Among others, Marcel Hirscher (AUT), Marcus Sandell (FIN), Alexander Ploner (ITA), Florian Eisath (ITA) and Kalle Palander (FIN) were the winners. 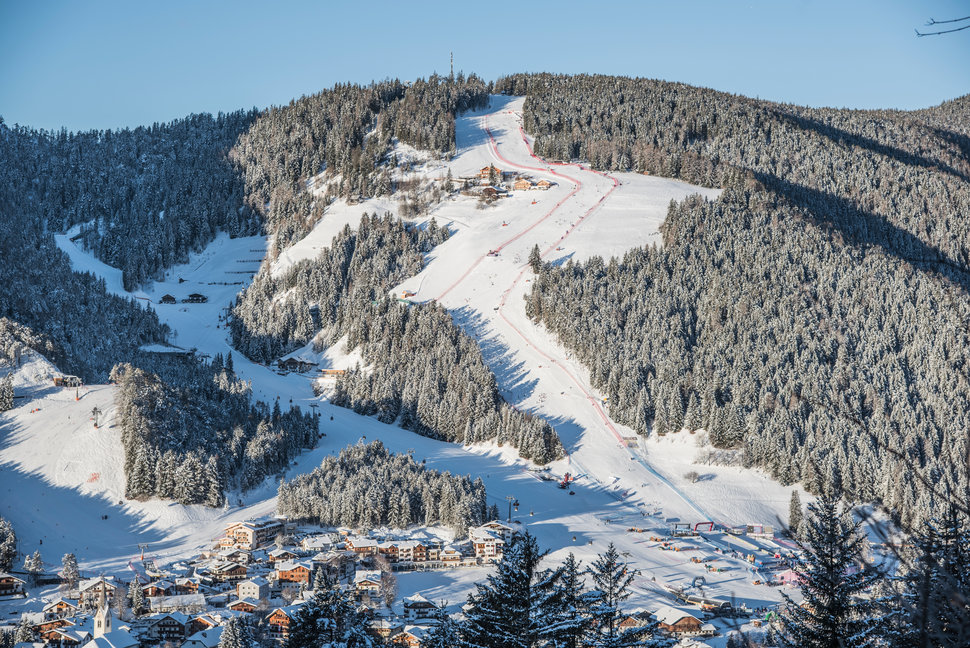