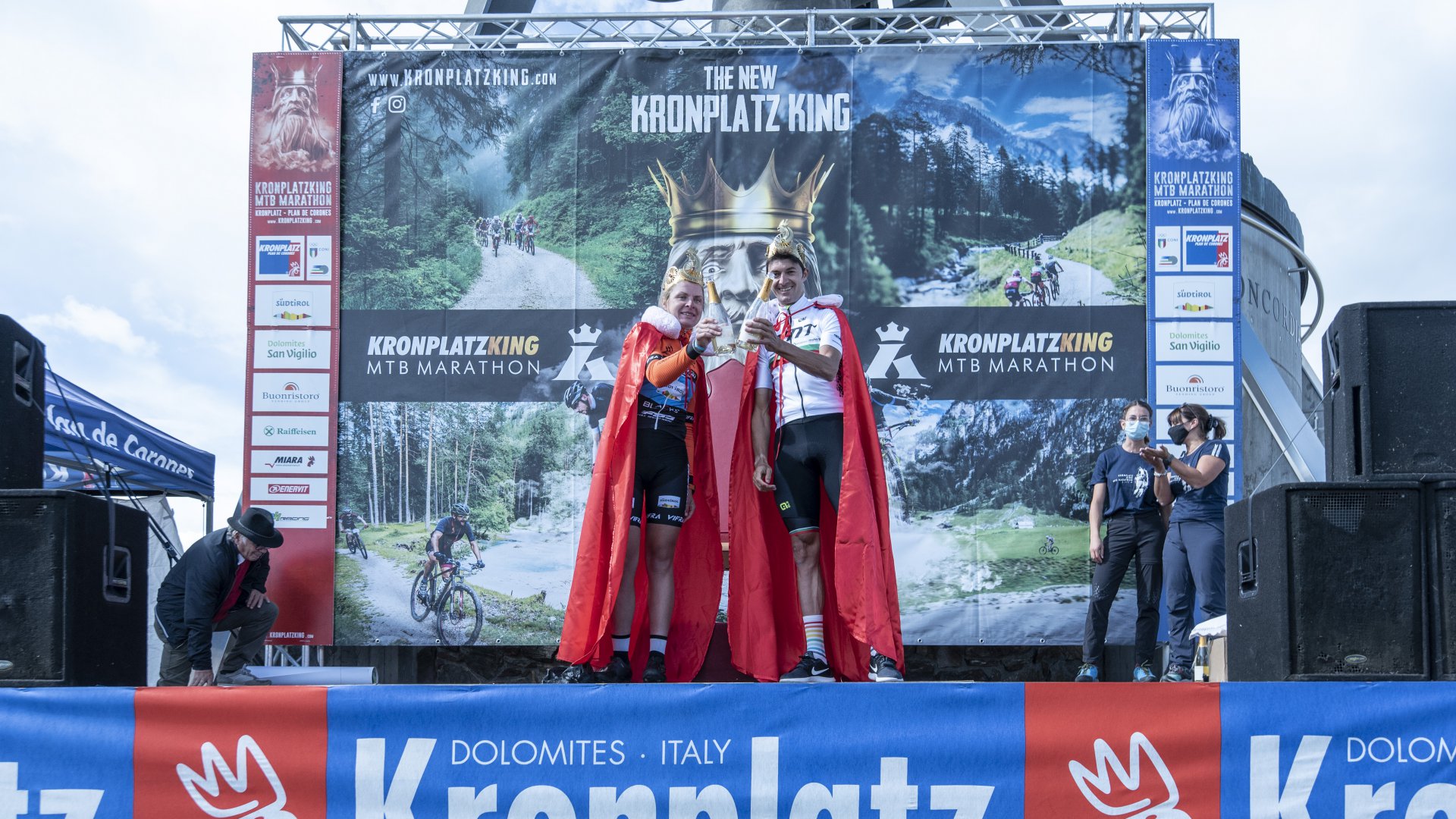 Kronplatz has a new royal couple!

The new monarchs of Plan de Corones are FERREIRA TIAGO (P) and SOSNA KATAZINA (LT), after winning in their respective categories over the long distance of this year's edition of one of the most popular MTB marathons in the Dolomites.

The Plan de Corones King MTB Marathon has been held for the 5th time, after in 2020 the race had to be canceled a few minutes before the start in San Vigilio di Marebbe, because the bad weather had even caused landslides and falling rocks along the race course. Athletes from 17 nations battled it out over the 64 km with 3,150 vertical meters of the King Marathon distance and the 49 km with 2160 m+ of the Prince Classic, offering spectators an exciting "point to point" race. One of the characteristics of the Kronplatz King Marathon is the start in the village of San Vigilio at 1,200 m and the finish at the summit of the famous ski mountain Kronplatz at 2,275 m above sea level. Also this year, many top athletes from the UCI World Series had entered, such as the defending champion of 2019 Tiago Silva (POR), the former marathon world champion Ilias Periklis (GRE), the former European champion Alexey Medvedev (RUS) and the strong Italians Juri Ragnoli, Tony Longo and the "home champion" Roel Paulissen, two-time MTB marathon world champion. The women's field included 2018 winner and 2029 runner-up Esther Suess of Switzerland, HERO South Tyrol winner Katazina Sosna (LAT), Michalina Ziolkowska of Poland and Italians Chiara Burato, Virginia Cancellieri and Camilla Marinelli.

The more than good weather conditions have accompanied the athletes from the start at 08.00 h on the long course and 15 minutes later on the shorter one. In the men's elite the competition was immediately noticeable, with frequent lead changes at the top while the group of favorites was still compact. However, in the end FERREIRA TIAGO (P) made it and crossed the finish line first at the foot of the Peace Bell Concordia 2000. Thus he secured the title of King of Plan de Corones and the Golden Crown 2021 with a total time of 3h 19min 19sec. The 2nd and 3rd places, on the other hand, went to MEDVEDEV ALEKSEI (RUS), 48.6sec behind, and to LONGA MATTIA (I), separated from the winner by 2min and 19sec.

In the women's race SOSNA KATARINA (LT) wins after a hard fight which ends for her after 4h 03min 56sec at the finish line. Thus she leaves her pursuers MORATH ADELHEID (D) (NAZ) as second with 9,8sec behind and SUESS ESTHER as third with 15min and 27sec behind. Epic as every year the winner photo with the two winners crowned as King and Queen of Kronplatz and dressed by race director Maurizio Kastlunger.

On the shorter distance, the Prince Classic over 49 km and a little more than 2000 meters of altitude, SCHUPFER SIMON (A) excelled in the men's race with a final time of 2h 35min 57sec, and DE SILVESTRO MARTINA (I) in the women's race with a race time of 3h 26min 05sec.

During the award ceremony, two-time MTB Marathon World Champion Roel Paulissen, who has been living in Antholz for a long time, launched a campaign worth mentioning. At this year's HERO Dolomites in Val Gardena he had won an MTB. He has since sold it and donated the net proceeds to representatives of the South Tyrolean Cancer Aid, in the presence of former downhill racer Peter Runggaldier and Jenni Tschurtschenthaler, course director and general manager of the HERO Dolomites.

Summary of the results of the Kronplatz King Marathon and the Prince Classic 2021: 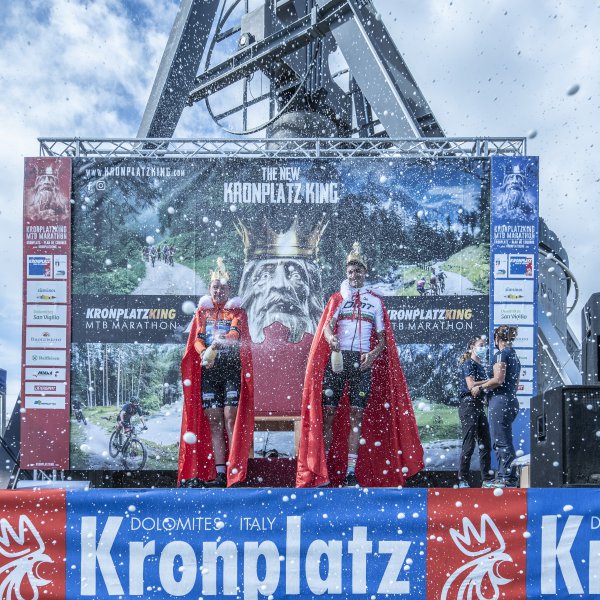 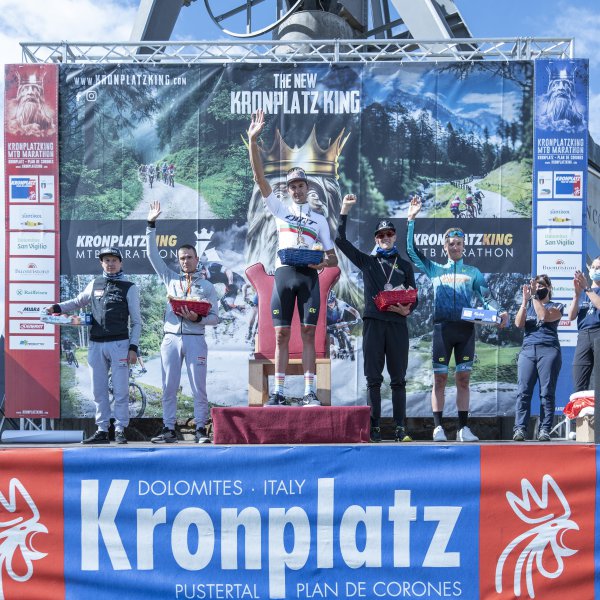 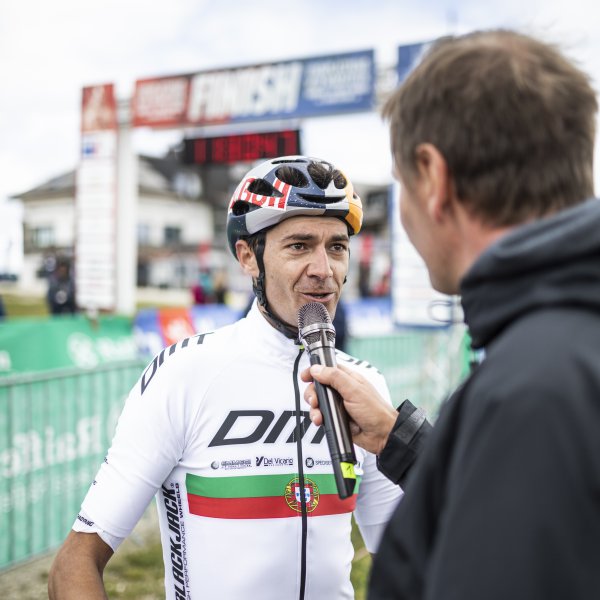 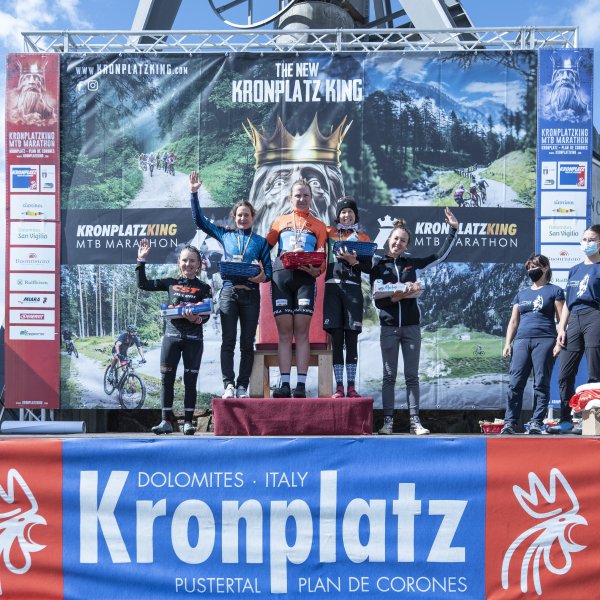 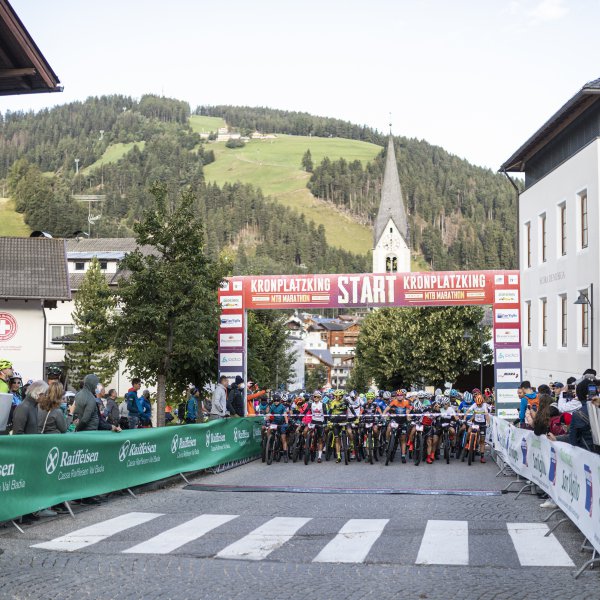 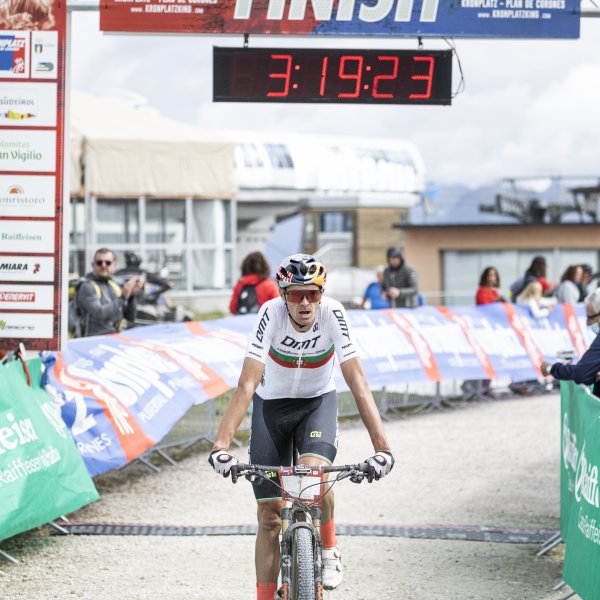